The tree Tepezcohuite is part of the Mimosoidae family. It is also called the “skin tree,” “miracle tree,” Mimosa tenuiflora and Mimosa hostilis (in Latin), Jurema Preta, Calumbi (in Brazil), Carbonal, Cabrera, Yurema, Jurema, Black Jurema, and Vinho de Jurema. It is native to parts of South America and Central America, but especially Brazil and Mexico. Tepezcohuite prefers warm weather and living 50-600 meters above sea level.

Tepezcohuite grows to be about 26 feet high and 4-6 inches in diameter. It has a woody stem and thorns with leaves that are oblong and reach about 4-10 inches long. It produces small, white flowers. The bark is dark brown or gray outside while the inside is a reddish color.

Scientists consider the Tepezcohuite tree a “pioneer plant.” This means that it performs well after a forest disaster like fire and helps to recolonize the area by dropping its leaves on the ground and creating a new layer of humus in which other plants can begin to grow. In essence, Tepezcohuite is a pretty good tree to have around.

Tepezcohuite has been used as a medicinal plant since the times of the Mayan empire—it does not have a culinary use. The name supposedly means “hill of the tree that bleeds.” In Mayan culture the Tepezcohuite tree was used as a cure for various skin conditions. Today it has a similar function but scientific studies mainly disagree as to its true ability to heal the skin. However, this has not stopped people from making grandiose claims about Tepezcohuite’s ability to treat burns, psoriasis, scars, ulcers, wounds, bronchitis, tooth aches, and hair loss.

Today you can take Tepezcohuite in a wide variety of ways; however, there have not been many scientific studies done on most of the applications of the tree. The most common of the treatment options available come in the form of topical creams. These creams usually combine Tepezcohuite with other skin helping ingredients like Vitamins A, C, or E, collagen, or aloe vera. You can also find capsules, decoctions, scrubs, soaps, moisturizers, lotions, and facial microdermabrasion products with Tepezcohuite in them.

One of the most common conditions Tepezcohuite is used to treat is acne. However, there have been no scientific studies that specifically prove the tree’s bark or leaves effectiveness in treating acne. Yet, studies have shown that Tepezcohuite has many wound healing properties, which may contribute to its ability to help treat acne. A 2009 study that found that Tepezcohuite increased the production of beneficial skin chemicals.

Anecdotally, users claim that Tepezcohuite can work miracles for acne and its scars. Most people cite the large number of clinical trials created by skin cream manufacturers. These myriad trials found amazing skin results from Tepezcohuite creams. Today, the tree even has a celebrity spokesperson in Salma Hayek who has launched her own line of skincare products that use the plant as one of its main ingredients.

No studies specifically examine the usefulness of Tepezcohuite in treating scars. However, you will often find clinical studies for creams that claim that it can reduce the appearance of many types of scars, from acne scars to birth marks.

Tepezcohuite bark dried into a powder has also been used to treat scars. It is believed to stimulate collagen. Collagen is the major protein in our skin and connective tissues. Thus, promoting collagen growth would mean that Tepezcohuite helps to strength skin and reducing the appearance of scars.

Additionally, Tepezcohuite may have the ability to regenerate cell growth, which could help reduce the appearance of scars by healing them from the inside out. However, this is treatment is only supported by anecdotal, not scientific evidence.

One of the most famous stories about Tepezcohuite claim that it was used to treat the victims in two major Mexican disasters in the 1980s. The first occurred in 1984 when a series of liquid petroleum gas explosions left 5000 people near Mexico City with burns. Because the Red Cross ran out of traditional burn medicine because of the volume of burn victims, they resorted to using Tepezcohuite root powder to treat the victims. Similarly, in 1985 burn victims after a large earthquake were successfully treated with Tepezcohuite powder.

Supposedly Tepezcohuite powder has anti-inflammatory, anti-bacterial, anesthetic, and regeneration properties. This is why the powder helped heal the horrific burns caused by the Mexican disasters. While the claims about Tepezcohuite verge on the miraculous—and apparently the Mayans did believe that the tree was a miraculous substance—there is little medical evidence to back up these claims. Even the reports about Tepezcohuite’s ability to heal burns is exclusively anecdotal, so should only be taken with a grain of salt.

Often you will find Tepezcohuite in cream form as a treatment for stretch marks. The regenerative properties that many practitioners claim can be found in Tepezcohuite extend to skin regeneration. Anecdotes assert that creams made from Tepezcohuite restore and heal your skin on a cellular level. This healing also supposedly extends to varicose veins, dark spots, and wrinkles.

None of claims around Tepezcohuite’s ability to health stretch marks and other skin conditions have been held up by medical or scientific studies.

Some clinical trials have found that Tepezcohuite can regenerate hair follicles. This makes it a good option for combating hair loss. Part of the reason for its regenerative capabilities is the high number of micronutrients like zinc, copper, manganese, iron, and magnesium.

Proponents of the tree claim that it can regenerate the cells of your hair roots, which will stop hair loss in its tracks and even stimulate the growth of new hair. However, we should mention that there have been no scientific studies that have found this ability in Tepezcohuite. Most of the claims about it hair regeneration properties are anecdotal, or at best from clinical trials. But, clinical trials must be believed only cautiously since they are performed and designed by the companies selling Tepezcohuite products.

The Mayans used Tepezcohuite to treat skin lesions, and today, modern science has proven that the bark does indeed have wound healing properties. However, the jury is still out on whether the tree by itself is more effective than other wound treatments.

A 2006 paper in the Journal of Ethnobiology and Ethnomedicine lists Tepezcohuite as one of many Brazilian plants that are used medicinally by a rural tribe in the municipality of Alagoinha. They specifically state that an infusion (or syrup) of the stems and leaves of the tree are often used for anti-inflammatory purposes, especially as relates to tooth pain.

There is no further research of Tepezcohuite’s possible ability to reduce tooth pain. The 2006 paper merely lists the use of the plant instead of investigating it in any scientific way. Tooth pain then represents in interesting area that needs further study.

Traditionally, the stem-bark and leaves of Tepezcohuite are also boiled in water and consumed. Drinking a decoction made with Tepezcohuite is supposed to cure bronchitis and coughs. Studies have found that the bark and leaves of the tree have anti-fungal and anti-bacterial properties, which could contribute to its effectiveness in helping throat and lung problems.

Similarly, in Mexico you will be able to find capsules that have pulverized dried Tepezcohuite bark. These capsules supposedly treat gastrointestinal ulcers. However, there have been no clinical trials or scientific studies proving that this is an effective treatment for the condition. 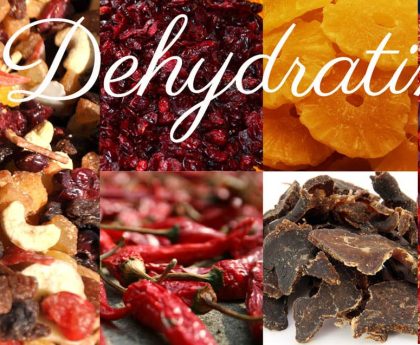